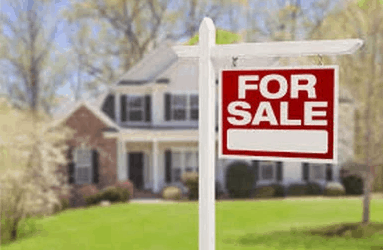 Over the past five years, my boyfriend, Nick and I have debated on the pros and cons of owning a home. I don’t know if it’s a generational thing or how we were raised but for us owning a home was not on either of our to do lists. Neither one of us had any problems with renting for the rest of our lives.

For me, I love the idea that if something breaks in the middle of the night or any time, I can call my landlord and it’s on him and his wallet to fix. I am not a handy person in the slightest and really do not aspire to be one. I would rather give birth again then mow the lawn or deal with a broken hot water heater. That is just not my wheelhouse at all.

As for Nick, I think it was more of a commitment issue. Buying a home means you are staying in that spot for at least a few years. He has always moved around and had jobs that he traveled with. Buying a home means putting down roots and being home more. Plus his traveling job has recently come to an end.

I am not sure how or when but we finally decided to buy our house. I think it was a combination of seeing other people around us as homeowners. We have also made a close circle of friends in our neighborhood in the last two years or so.

So I ventured out and talked to a few lenders. Turned out my “good” debt in the form of student loans was going to be a huge hurdle to overcome. I was on an income based repayment program. Great for day to day existence but bad for qualifying for a mortgage. The mortgage industry at the time did not care what I was actually paying per month. They had to go by a percentage of the total amount owed. We were way over the debt to income ratio. If you can, don’t let your kids or grand kids pull out student loans!

I thought we were dead in the water and going to stay renting, which I was fine with. However, I was scrolling through Facebook one day and a post caught my eye. It basically talked about new guidelines that looked at actual student loan payments, mortgage insurance and a bunch of other points to drawn people in. So I bit.

I traded a few messages with the lender to see what the catch was. There didn’t seem to be one. So we submitted our application not really expecting this to turn out any different than before. A couple days later, I got a message asking when we wanted to close. I was shocked.

I called Nick and told him. Then called my landlords and spoke with them. After some back and forth with everyone involved, we finally had all the details worked out that worked best for everyone. My landlords are truly amazing people and have always taken care of us. They knew that things around the house needed to be done so we both set out to get bids on things. Theirs of course were better as they are already homeowners and know who/what to look for.

We are now in the process of doing some of the renovations that needed to be done. If anyone has some pointers on how to pick exterior paint colors, I am all ears. How in the world will I know if I will still like the color next week, let alone for the next 5-10 years!

So all said and done we are closing at the end of May and I am terrified of everything breaking the next day!