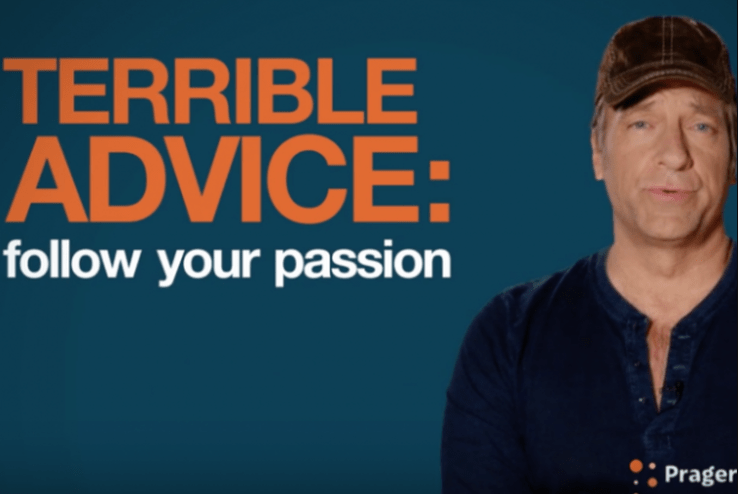 If you’re like me, you have probably watched the show “Dirty Jobs” at least once in your life. If you’ve never seen it, do yourself a favor and put this blog down, pull up YouTube on your phone, computer, or other device and watch a few episodes. What I always liked about that show was not just that Mike Rowe was subjected to some of the smelliest, hardest, and sometimes dangerous jobs available, but that the people showcased on the show were not celebrities. They weren’t people who had been given everything in their life, or famous actors or musicians. They were blue collar Americans going to work every day and doing the jobs that most people don’t want to do.

Mike Rowe has now started a foundation to help kids go to trade schools, done a few other television shows, and given some talks. One of the best talks that I have enjoyed deals with not following your passions, but instead following opportunity. In typical Mike Rowe fashion, he makes you laugh, but he also makes you think. The video is only five minutes long so, no excuses!