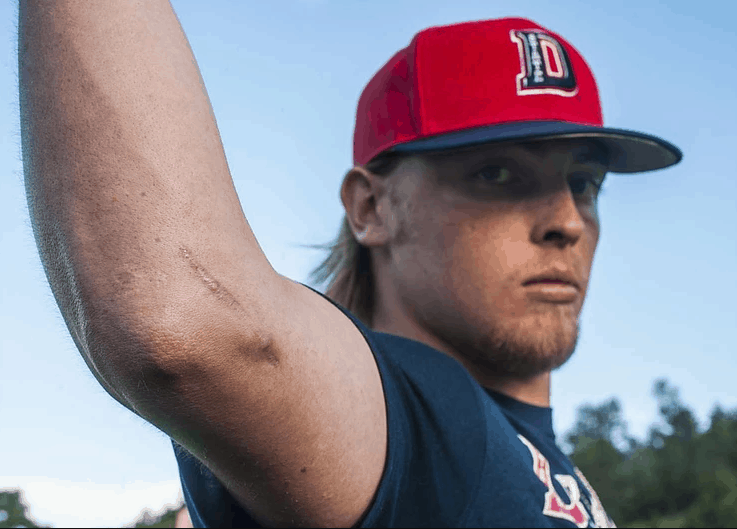 Famous. The dictionary defines it as known or recognized by very many people and honored for achievement. It’s a word that conjures up visions of grandeur. It connotes unlimited money and lifestyle and freedom. And earning the respect of all who appreciate achievement at a high level in any endeavor. Who wouldn’t want that? Unfortunately, many are called, but few are chosen. Even though virtually everybody secretly wants to be famous, most never truly become famous. Count me in that group as well.

Many of you know I’m a big baseball guy. Baseball has been in my blood since I was four years old. That was the year I played for Herman Salvucci and the Denver Rough Riders. My Perl-Mack Berkeley Little League team won the Colorado state championship when I was twelve and I became a catcher my sophomore year at Broomfield High School. Baseball paid for my Bachelors degree from Denver University and became only the second job I ever had when I signed with the Montreal Expos in 1980. But while I had some success, I never became famous. In fact, I never made past the minor league system let alone the big leagues.

In 1974, Tommy John was pitching for the Los Angeles Dodgers, his third major league team. He was in his eleventh year (his third with the Dodgers) and was 31 years old. He was enjoying an excellent season with a 13-3 record and the Dodgers were on their way to their first National League pennant in eight years. When he started experiencing pain in the elbow of his throwing arm, he went to see Dr. Frank Jobe, the team doctor. Jobe diagnosed him with a torn ulnar collateral ligament, normally a death sentence to a player’s career. A torn elbow ligament was the most common cause of what was simply called “dead arm injury” during most of the 20th century.

However, rather than just “call it a career,” Jobe suggested that John consider a revolutionary surgical operation. Jobe would take a tendon from John’s right forearm and graft it into the elbow to replace the torn ligament. He would drill a series of holes into the left arm’s ulna and humerus bones and weave the grafted tendon into a figure eight pattern through the holes. It was risky not only because of the graft and weave technique but Jobe would also have to detach major muscles and move the ulnar nerve out of the way, all of which could result in infection, fracture, nerve irritation and numbness. In addition, John would face a grueling year of recovery and strenuous rehab. If successful, John had a 1 in 100 chance of pitching again. All in all, John figured it was worth the risk. That decision made Tommy John, and Dr. Frank Jobe, two of the most famous names in baseball.

The operation, now known as Tommy John Surgery, was performed on September 25, 1974, was successful. Although it seemed unlikely John would ever be able to pitch again, he spent the entire 1975 season in recovery and rehab. He returned to the Dodgers in 1976. His 10-10 record that year was considered “miraculous” but John went on to pitch until 1989 when he retired at age 46. He won 164 games after his surgery—one fewer than all-time great Sandy Koufax won in his entire career.

If you want to see a great eleven minute video on Tommy John and Dr. Frank Jobe, click here.

So, why the focus on a surgery? Two reasons. First, while Tommy John was one of baseball’s great pitchers, he was never elected to the Hall of Fame, baseball’s measure of “famous.”

Interestingly, it took a medical procedure for Tommy John to enter the realm of “famous.” Sometimes God’s plan for us is not what we think.

Second, my son, Trevor, underwent Tommy John surgery on January 8th for a damaged UCL in his throwing arm. He had earned the number two catching spot at Dixie State University as a freshman and was absolutely stoked to be playing college baseball this spring. In addition, he was scheduled to spend this summer in California, playing for the San Francisco Seals. But God had another plan. Because of the surgery, he will not play this spring or summer and is in rehab as we speak. It’s tremendously disappointing but all things considered, not the worst thing that could have happened. Today, chances of a complete recovery after Tommy John surgery are estimated at 85 to 90 percent. Rehabilitation takes around 12 to 15 months for pitchers and about 6 months for position players and many players come back stronger than ever. So, we look forward to April 30, when he can start throwing again, to a pain filled summer of training and to fall baseball starting in August. With God’s help and Trevor’s work ethic, he should win the starting job next spring.

But even if he doesn’t, he will still be famous in his Dad’s eyes.