No Shave November: A History 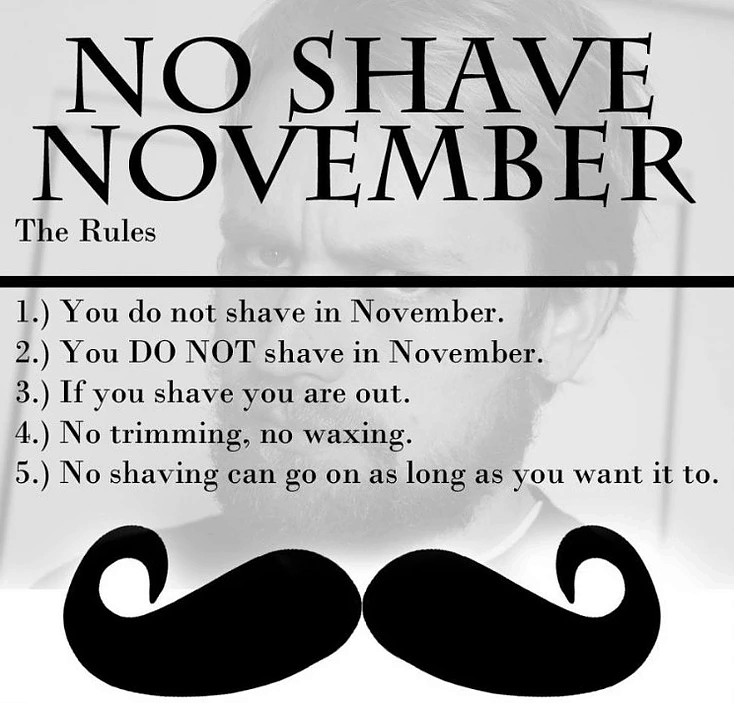 Do you or someone you know participate in No Shave November? Do you know why they do it?

For most of us (myself included) it was always something that guys did every November. By December 1st, some of them had magnificent and majestic beards while other guys looked like someone glued little patches of hair on their faces. I participated because November is the month my oldest son was born and it was one of those last little things I still had some control over. I liked my beard so much that I’ve had it ever since. However, most guys I know are very excited when December 1st rolls around because they finally get to shave.

Have you ever wondered why it became a thing to forgo shaving for a month? Because of my beard, I get asked every November if I’m participating in the cultural holiday or if I keep my beard year round. After being asked again if I was a participant, I decided to go look at why No Shave November was started and where the idea, now tradition, came from. It turns out that while No Shave November had been popular for many years, one family decided to turn it into a charity after their father passed away from colon cancer in 2007. They started a charity dedicated to No-Shave November. The premise is simple: quit shaving for a month and donate the money you would have spent on razors, shaving cream, etc. to the charity that helps people suffering from cancer.

Who knew that something as trivial as not shaving for a month was actually being turned into something that helped other people? I guess I have a few years of November donations to catch up on!

For more information, you can check out their website at HERE.