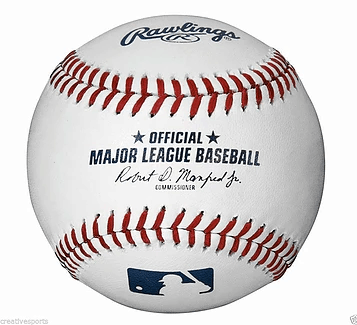 I admit it. I’m a baseball guy. Call me crazy, but I love the look and feel and, yes, smell, of that glorious

9 inch circumference, 2 7/8 inch diameter, 5 ¼ ounce sphere, with 108 red, double stiches, a red cushion cork center with two wrappings of yarn, a special rubber cement coating, then two more wrappings of yarn and, finally, that magnificent, white, cowhide cover. Made by Rawlings and produced in Costa Rica, there’s just something about a new baseball that warms a baseball guy’s heart.

I played my first game at third base (my dad’s position) when I was four years old for the Denver Rough Riders, hit a home run on my 12th birthday to win the state championship game for the Perl-Mack Berkley Little League All Stars, became the starting varsity catcher my sophomore year at Broomfield High School and attended the University of Denver on a baseball scholarship. My final stop as a player was Jamestown, New York where I played for the Montreal Expos affiliate in the New York–Penn league. Probably the greatest summer of my life.

Having success in something, sometimes makes us think that we are “all that, and a bag of chips.” Breathing “rare air.” Doing something that few in the world have done. I certainly believed I was the bomb back then; God’s gift to baseball. A big fish in a small pond. Interestingly, when I showed up to play professional baseball, I wasn’t the only All-American player on the roster. There were four of us. Out of 25. And that was on one team (most organizations have six teams), in one organization (there are 30 organizations). And those other guys were all bigger, faster, and had better skills than me. It was humbling, to say the least.

I was reminded of my baseball past a couple of weeks ago when I saw that Brendan Rodgers, the Colorado Rockies top prospect, made it to the big leagues. At age 22, after five years of playing professional baseball, he had made it to “The Show.” When I was age 22, I had just gotten released by the Expos (in the real world, we call that getting fired) and was starting my Masters program back at DU. On May 17, 2019, Rodgers became the 19,515th player to ever reach baseball’s Major Leagues. While that sounds like a high number, considering that baseball has been around for about 150 years (depending on whose story you believe) that is indeed “rare air.” Rarer still is that fact that in all that time, only a total of 323 people have been inducted into the Hall of Fame, baseball’s pinnacle organization that honors individuals who have excelled in playing, managing, and serving the sport. The list includes 230 former major league players, 32 executives, 35 Negro League players and executives, 22 managers, and 10 umpires.

Contrast those numbers with how many lawyers there are. As of 2016 (three years ago), in the United States, there were 1,315,561 licensed lawyers. Notice I didn’t say how many folks have ever been lawyers. That’s just how many are active and practicing. By 2017, Colorado alone had 40,773 registered lawyers. That means just two years ago, there were twice as many lawyers registered in Colorado than players that have ever reached the Major Leagues in 150 years! Certainly not “rare air” by any stretch of the imagination.

We’ll have to wait and see what the future holds for Brendan Rodgers. I hope he sticks. As for my teammates on the Jamestown Expos, none of us made it to the Major Leagues but, as far as I know, none of us died early or went to jail either. Obviously, I became a lawyer and although that’s not “rare air,” it’s not chopped liver either, regardless of the number of lawyers in the country. I discovered in that summer of 1980 that achieving “rare air” isn’t a solo endeavor. It takes a team of folks, a great faith, and a bit of good timing – some would say, luck. I say the practice we have created together – us, our GLC and Exit team, and the families that trust us to deliver on our promise of providing peace of mind – have all helped along the way so that today, and hopefully, for a long time, we all breathe a bit of “rare air.”