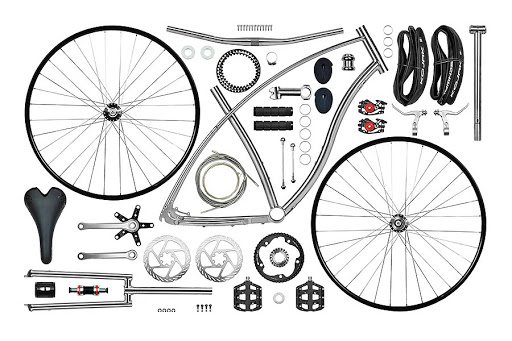 Remember your first bicycle? Not the one you got from your cousin who outgrew it or from the garage sale down the street. Not the one with wobbly training wheels that you could only ride in the cul-de-sac or the one that had slick, unmatched tires or a torn seat. Nope. I’m talking about your first new bike, or new to you. Even it wasn’t necessarily new to you, it was the one you got when you actually knew how to ride. The one you were trusted with to ride to your best friend’s house, across town. The one that mattered enough that you were expected to take care of it, put it away and lock it up. Yep, that one. Mine was a bright blue Schwinn Stingray, with the long, five-speed gear shift on the frame, banana seat with low rider sissy bar, raised handlebars with hand brakes, a light on the front and a nameplate on the back. “Sweet” doesn’t even begin to describe this machine. A nine year old’s dream machine. I rode it everywhere and treated it (almost) better than I treated my first car. Even when I crashed once, split my chin open and got five stitches, the only thing I cared about was the couple of scratches on the chrome handlebars.

My Mom and Dad bought each of my kids their first new bike. One of the fondest memories I have of my parents was that early summer evening when we met them for dinner at Casa Bonita Mexican Restaurant in Denver. Before we went in the restaurant, my Dad called the boys over to his car, (just Grant and Eric at the time), opened the trunk and presented each of them with a brand new bike. If I can only package a couple of snapshots to take with me to Heaven, the look on each of their faces that day would definitely be in the running.

A couple of years later, it was time for another bike for one of them. (Sorry, I forgot which one!) Enter my Dad. This time he showed up at our house with a large cardboard box. As we lugged the package into the garage I was confused. I thought we had talked about him getting his grandson a bike. When I asked what was in the box, my Dad told me “A bike, just like you wanted for him.” When I caught a glimpse of his grin and the look in his eye, I knew something was up. As we put the box down on the floor of the garage, I noticed a large sticker on the box that prominently stated “Some Assembly Required.” Of course, I did what any normal son would do. I said, “Dad, you know that you can buy a bike all put together at the store, right?” “Of course,” he said. “it was put together. I paid the guy fifty bucks extra to get one still in the box.” Incredulous, I asked why he would do such a thing. “Because I wanted to give you the experience of putting together a bike for your son, ‘ he said, “And also because I thought it would be fun to watch!”

While I was initially miffed – okay, I was really chapped – it took me a while to discover that my Dad was teaching me the significance of building something of value and enjoying the process not just the final, finished product. The experience that day resonated with me and has lasted my entire life. It became one of the foundational truths on which I have based my world view, my belief system, my coaching philosophy, my marriage, our family and our law practice. Looking back, that lesson has been one of the top five things my Dad ever taught me.

Many times we (I) get caught up in the polished, bright, shiny objects and people of the now. And more often than not, we (I) get lost in the “wow,” and the “cool,” and the emotion of the newest, latest and greatest “I gotta have that.” But every so often, the twinkle in my Dad’s eye and his grin appear in my mind’s eye and I’m reminded that all of the treasures in our lives appear with “Some Assembly Required.” Businesses, estate plans, relationships, families, marriages, and children, all require time and regular, purposeful, and patient attention and commitment to grow and nurture and ultimately, perfect. Some need more, some less, but all require “some.” The assembly takes place one moment, one experience, one meeting, one day, one decision and one word of kindness, instruction or sometimes rebuke, at a time. One day the treasure will be gone. It might fade away or it may disappear in an instant. Learning to enjoy the process, the journey and the “assembly”, ensures that the important stuff – the memory and the legacy – remains.