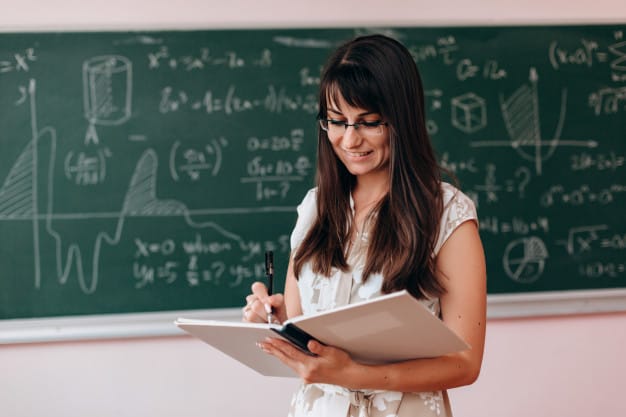 Everyone has a favorite teacher. That one person who was “randomly” placed somewhere in your life’s journey that you just connected with. Whether it was their teaching style, their creative lesson planning, the fact that they knew your “love language” or perhaps just something intangible that you could never really put your finger on, they were the one that brought out the best in you. They made you want to go above and beyond the syllabus requirements. They were the leader of the class you would never consider cutting, even for a pretty girl or handsome boy. They even made you love homework. Okay, not really, but they made going to school not just bearable, but wonderful.

For me, that was actually two individuals. The first was Sharon Babb. Mrs. Babb was my 11th grade English teacher at Broomfield High School. I don’t really know why I connected with her. I was actually a bit intimidated by her the first couple of weeks in her class. She had a reputation for being a tough, demanding instructor whose workload was arduous and assignments challenging. When I saw the requirements that first day, I knew I was in for an interesting semester. What I discovered during those sixteen weeks was that every bit of her reputation was earned. She was tough and demanding. And it was a lot of work. But I also discovered that she had a gift. She was passionate about teaching kids how to think, how to speak, and how to read, write and communicate effectively. I also learned something about myself. I already knew I had strong athletic talents, and I thought I communicated fairly well. What Ms. Babb exposed in me was a love for the English language, a passion for writing and a love of words and their meanings. She also helped me uncover a softer, more caring side of myself. In fact, it was primarily because of her that I became a published author of some poetry at age 22 and continue to love writing today.

The second, and equally inspirational teacher in my life was Morris Cohen. I met Coach Cohen my sophomore year in high school. He was my history teacher and football coach. He was new to the school my sophomore year and we had an instant connection. I suspect that was because he was a smart, young, brash – some would say arrogant – football coach with a big ego, who used Copenhagen and loved the forward pass. He wanted to win and he wanted his players to win. He used football as a platform to help us with life decisions and he was unrelenting in his dedication and commitment to excellence. Coach Cohen was a man that I could talk to when I needed a opinion from someone other than a parent. In the classroom, he made history come alive in a way I had never experienced before or since. He made every period of American History seem like it was the most important, and like every person involved was the most significant. And he didn’t make stuff up or put a political spin on it. He told the truth, both in the classroom and on the field. I admired, respected and learned from that quality of his. He helped me corral my talent and ego and learn how my strengths could be put to best use. He also helped a high school kid think and reason like an adult, a skill I have continued to use this day. Ironically, I think the biggest lesson I learned from Coach Cohen, my history teacher, was that I had two choices in life; I could either make history through good decisions or become history by making poor ones.

I thought about Mrs. Babb and Coach Cohen recently when I received one of the highest compliments I have been paid as an attorney. I recently had a client tell me that one of the things they appreciated in the estate planning process was that “complex legal concepts were explained in an understandable way” and that planning with us was like “speaking with a wise friend.” Man, that kind of statement can humble a guy.

Most of the teachers I have encountered over the years have expressed that one of their primary goals has been to have a positive impact on their students. So thank you Mrs. Babb and Coach Cohen. You were important in my life and you made a difference, not only in my life, but in the lives of many others through Goldberg Law Center.