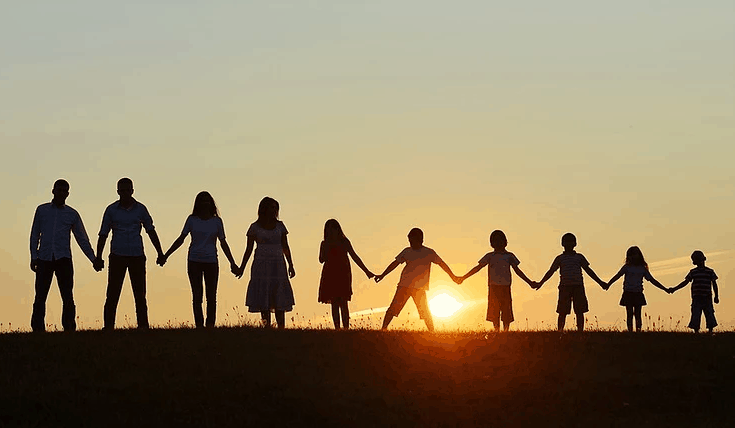 What is a “family?” Webster’s defines it broadly as “Individuals related by blood, marriage, or adoption,” and a little more narrowly as “a group consisting of parents and children living together in a household.”

With the holiday season right around the corner, I’m sure you’re one of the millions of people in this country that starts thinking of upcoming family meals together. Some folks get really excited and plan extravagant dinners while others moan and groan about having to share a meal with this particular group of people.  Some plan extensive trips to see their families while others pretend that they don’t exist. I’ve always wondered about those vastly different reactions.

I have yet to meet anyone that harbors a “ho-hum” attitude about their family, especially extended family. It seems like everyone has a story about crazy Uncle Jim or weird cousin Marcia. So, why the two extremes in attitudes towards family? After all, this is supposed to be the core group of people that will accept you, faults and all, no matter what, forever, right? These are the people who are supposed to be on your team, through thick and thin, no matter the odds. So where did things go sideways for some people? Many tell a horror story or two as the reason why they don’t talk to that side of the family or that sibling anymore, but I’ve concluded that for the majority of people, the explanation all comes down to expectations.

While it’s true that not everyone has a “Leave it to Beaver” or “Partridge Family” family experience, it sure doesn’t mean that they are like the “Manson Family” either. As more people have been added to my family over the years as a result of my marriage, my brothers’ marriages, and adding nieces and nephews, as well as my own kids, I’ve had to shift my particular expectations of family more than once. I’ve grown to learn to accept the reality of who they are instead of my expectations of them.

Expectations are funny things when it comes to family because usually the only one who knows about them is you. As human beings, we aren’t terribly good at communicating our expectations of others. I’ve discovered that’s especially true of our family members. Ultimately, the only one who ends up mad, hurt or upset because some tradition didn’t happen like it always had because your brother was late or you couldn’t rant and rave about the other political party because your uncle was around, is you.

In the end, whether you like them or not, whether you agree with them or not, they’re still your family. As Jeff Foxworthy, one of my favorite comedians once said, “If you ever start feeling like you have the goofiest, craziest, most dysfunctional family in the world, all you have to do is go to the state fair. Because five minutes at the fair, you’ll be going ‘You know, we’re alright. We’re dang near royalty.’”