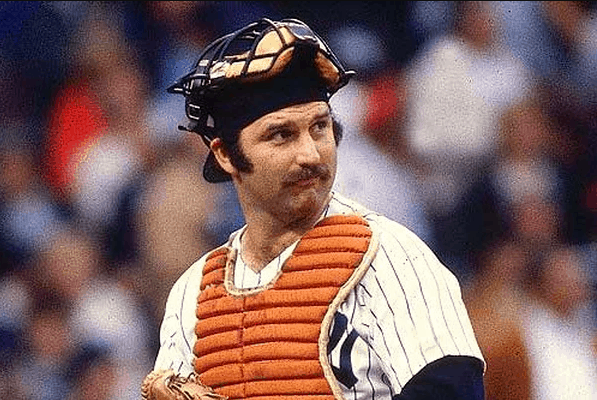 Who was your hero growing up? For some, it was a parent, grandparent or other family member. For others, it was a television character, movie star or music sensation. Still others related to some hometown celebrity or public figure. Heroes have been around since biblical times and have taken every shape and form, both real and fantasy.

Fantasy and fairy tales aside, a hero / heroine is a seemingly “ordinary” person in extraordinary circumstances, who, in spite of the odds being stacked against him or her, typically prevails in the end. Katniss Everdeen, the fictional character and protagonist in the wildly popular The Hunger Games trilogy is an example of such a heroine. The hero always has enough “believability” that we somehow relate to them and feel drawn to root for them in their circumstance even though we don’t know the whole story.

My baseball hero growing up was Thurman Munson. Munson was the New York Yankees catcher from 1969 to 1979. A perennial All–Star, Munson is the only Yankee to win both the Rookie of the Year and Most Valuable Player awards. Considered the “heart and soul” of the Yankees, Munson was named the first team captain since Lou Gehrig in 1939. He led the Yankees to three consecutive World Series appearances from 1976 to 1978, and two consecutive World Series championships from 1977 to 1978. Many was the day I tried to emulate Munson on the baseball field. He was tough and gritty and a natural leader. He was my idea of the kind of player I wanted to be. Unfortunately, he died at age 32 in a plane crash on August 2, 1979 while practicing landing his Cessna Citation at Akron-Canton Airport. It was the day before my 21st birthday and I was devastated. Although he never made it to the Hall of Fame because he didn’t play enough games, he was my hero.

Last Sunday was Father’s Day, the one day we set aside each year to celebrate fatherhood. I have been of the opinion for many years that it should actually be called “Dad’s Day.” Everyone has a father. Not everyone has a Dad. What’s the difference? As far as the east is from the west! A father is a male parent, one who has supplied the sperm to fertilize a woman’s egg. It’s a biological function that takes really no more energy, thought or commitment than finding a willing partner and enjoying the moment.

Being a Dad is so much more. Dads are protective, supportive, responsible males that are intimately involved in a child’s life, from the day the child is conceived until the death of either the Dad or the child. A Dad provides a (hopefully) positive role model from whom the child will learn what is acceptable and what is not in myriad areas of life and living. Having a Dad in the home has been statistically proven to increase the educational, economic and social stability in our society while at the same time, lowering the crime and recidivism rates. Long story short, fathers are important for the continuation of the species. But Dads are vital for every other reason that matters.

I was one of the fortunate ones to have had a Dad. George Goldberg was born in Denver, Colorado on January 7, 1932 and died at age 70 in Copper Mountain, Colorado on October 5, 2002. He died like he lived – on his own terms. He went to the gym at 8:00 am, mad because they didn’t open at his normal 4:30 am, did his workout, went into the steam room, sat down and died. Enlarged heart was the official cause of his death. If you knew my Dad, enlarged heart was an understatement. He genuinely loved people, he loved his wife and he loved his boys. Was he perfect? Not by a long shot. Was he a great Dad? Oh Man! In fact, he was my hero. I never knew his whole story, but he sure was a believable character. He had a sparkle in his eye that made you think and he had a sense of humor that was brilliant and dry. He was tough and athletic, but tender, and he could fashion amazing stories that were part fantasy and part real life. And he left it up to you to figure out which part was which. He made me laugh a lot and he made me cry some. I spent untold hours listening to his advice which sometimes came in the form of a conversation but many times came in the way he lived his life. He was a man of few words and tremendous action and when he shook your hand, you could take that agreement to the bank.

Unfortunately, sometimes the hero dies before the movie ends. But what the hero leaves behind is a legacy. Munson left a baseball legacy and a footprint on a young man’s heart. My Dad left a legacy too, one that I hope to continue on with my family. Looking back, I now realize that you don’t have to be perfect or frankly, anyone special, to be a hero or a Dad. You just have to try your best. Every day. And when you fail, you have to have the desire to try again. Any maybe, just by being a Dad, you can become a hero.