The “Silver Bullet” of Estate Planning 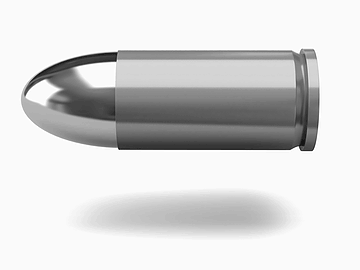 I recently watched the relatively new, Disney, Jerry Bruckheimer, Armie Hammer and Johnny Depp as Tonto, version of “The Lone Ranger.” Frankly, I was disappointed. Like most other movie remakes, True Grit, The Bad News Bears, Brian’s Song, and The Karate Kid, it paled in comparison to the original.

The film was based on the radio series, The Lone Ranger, that debuted in 1933. The lead character is a masked, former Texas Ranger who fought outlaws in the American Old West with his Native American friend, Tonto. The radio series was a huge hit and spawned a series of books, a very popular television show that ran from 1949 to 1957, comic books, and several movies.

At nearly 56 years old, I missed the radio show but I can still remember watching the black and white reruns of the television show. Clayton Moore played the Lone Ranger and Jay Silverheels, a Mohawk from the Six Nations Indian Reserve in Ontario, Canada, played Tonto. Television was different when I was a kid. The fact that The Lone Ranger always conducted himself by a strict moral code was revered and honored. He had standards, ethics, and absolutes. He was never seen without his mask or a disguise, always used perfect grammar and precise speech, and never drank or smoked or used foul language. And he had a cool nickname, “Kemo sabe,” loosely translated as “faithful friend.”

One of my favorite things about the Lone Ranger was his trademark silver bullets. The silver bullet was not just his calling card. It was a symbol of justice, law and order, and to remind himself and others that life, like silver, has value and is not to be wasted or thrown away. Interesting how far we have strayed from those ideals in just a little over five decades.

The term “silver bullet” has generally been adopted in our language as a general metaphor, referring to a simple, straightforward solution perceived to have extreme effectiveness. The phrase typically appears with an expectation that some new technological development or practice or thing will easily cure a major prevailing problem. Whether it’s losing weight or getting rich, we all want the “silver bullet solution.”

In the estate planning world, everyone is looking for the silver bullet document or strategy that will easily, painlessly, quickly and inexpensively control their property and protect their loved ones while they are alive and well, plan correctly and decisively if they become disabled or mentally incapacitated, and then when they die, give what they have to whom they want, when and how they want, and do all that for free, or at least darn near free, with a minimum time commitment.

Unfortunately, life, estate planning and asset protection are “get what you pay for” propositions. If the result you desire is peace of mind and the creation of a legacy of great value that will span generations, there is no “silver bullet solution.” That result requires a highly customized and technically excellent estate, tax and asset protection plan and strategy, filled with love, kindness and care. That type of planning requires a commitment of time, money and effort on your behalf, as well as advice from your attorney, your financial and tax advisors and your insurance professional.

So, Kemo sabe, like the Fountain of Youth promoters, be careful of hucksters and peddlers selling “silver bullet” estate planning and asset protection strategies! They are likely little more than poor remakes of original classics, reduced to sterile, generic, one-size-fits-all forms that won’t do the job as touted and may actually do more harm than good.