The Case for the Porta Potty 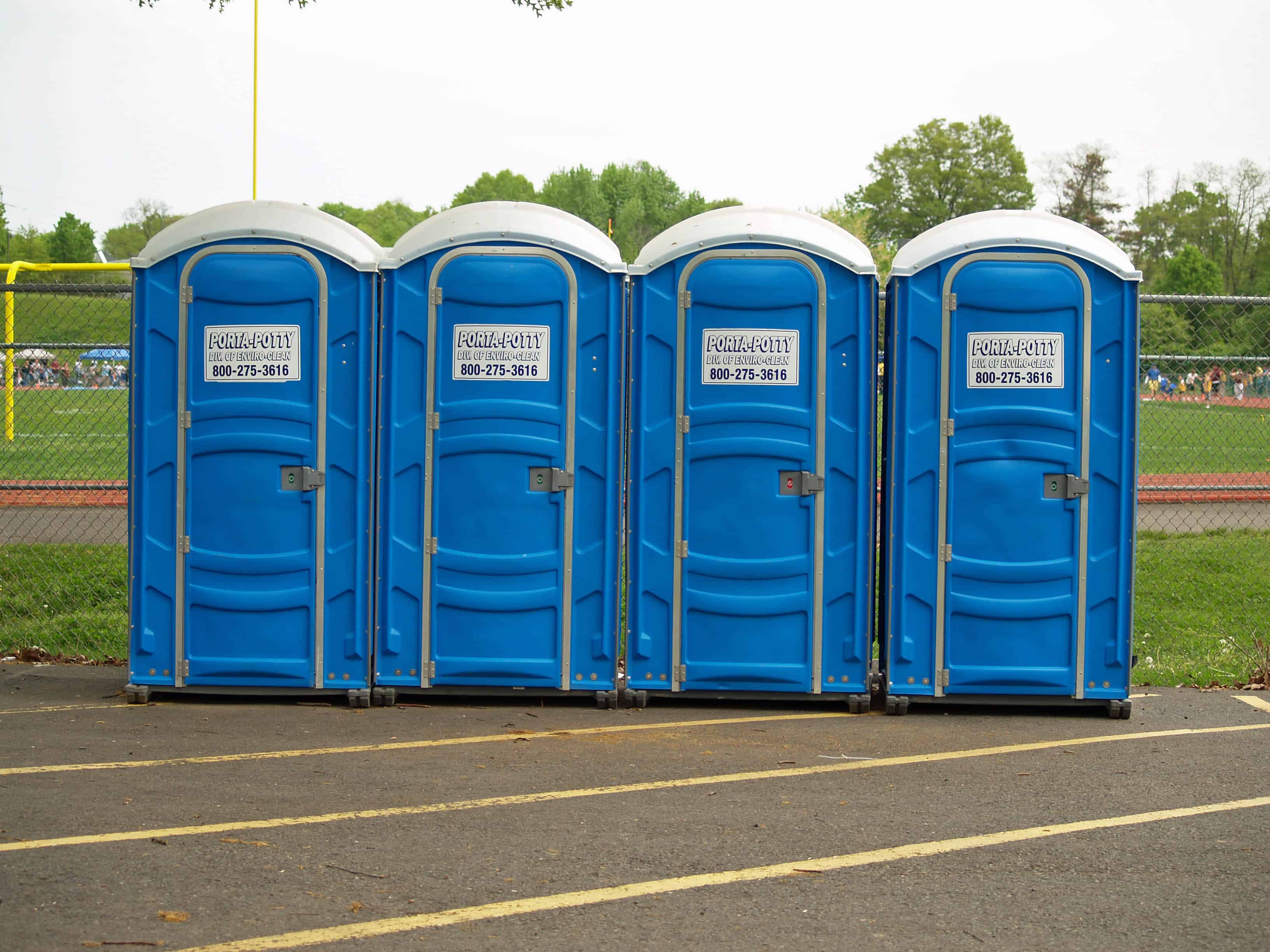 My wife and I went to the Pueblo Chile and Frijoles Festival a couple of weeks ago in beautiful downtown Pueblo, Colorado. My son Eric and his wife Payden have been regular attendees for a few years now and invited my wife and I to go with them. As a man who loves Mexican food with a capital “L,” and a woman who will go anywhere, for any reason, at any time, we went.

The Pueblo Chamber of Commerce hosts the annual event, now in its 25th year, the third weekend after Labor Day to pay homage to green chiles, particularly Pueblo Chile, Pueblo’s best-loved crop. The 2019 event featured live entertainment with 50 local bands, 180 street vendors, cooking and eating competitions, a farmers market and well, chiles. Fresh, roasted, chopped, diced, fried, wrapped, sautéed, and all other manner of chile is sampled, sold and served by dozens of restaurants, farms, snack bars, and off street tents. Even Walter’s Brewing Company, a Pueblo brewery that has been making beer for over 120 years, gets in on the act with its Pueblo Chile Lager.

Of course, whenever there are hundreds of people eating and drinking for hours on end, facilities are needed where folks can get rid of some of the surplus food and drink that builds up in their system. No business on Union Ave. wants to open their doors all weekend for the sole purpose of allowing people to use their restroom facilities. Thus, the Festival folks, like the sponsors of all major events, rented one of mankind’s modern miracles – the porta potty.

The Festival had no less than seven areas in its six block area where they strategically placed dozens of portable toilets for use by Festival goers. I didn’t count, but I’m sure there were more porta potties than local bands that played during the entire Festival! I assume that somewhere back in the Festival’s planning phase, some very smart person determined how many porta potties were needed and where they should be placed and how many folks, statistically, would use each one.

As I meandered through the sea of people that day, I thought about what a brilliant idea the porta potty was and wondered who came up with the idea. Turns out, portable toilets have been around since the mid-fourteenth century B.C.! However, the portable toilet industry, a way for enterprising individuals to make money with these things, began for shipyard employees in the 1940s. Apparently, the owners of the shipyards in Long Beach, New Jersey realized that their employees were losing a great deal of valuable work time in the long trek from the ships back to the docks to answer nature’s call.  According to the Minneapolis Porta Potty Pros, they decided to construct several small, portable cubicles made with wood or metal, containing a small holding tank. As a result, more work got done, workers were happier, and the portable toilet industry was birthed. They found a need, and filled it. Literally.

The porta potty’s value comes from the fact that it is a temporary solution to a short-term, genuine need. The Festival didn’t need a permanent solution to a long-term, permanent problem. Much like a basic estate plan. A simple Power of Attorney to grant someone legal authority to make medical decisions for you and pay your bills if you’re incapacitated, together wih a basic Will to take care of your minor children and pass on your assets to the people you choose, however modest your estate, are two inexpensive, important documents that everyone over 18 years old should have.

A recent Caring.com survey discovered that 78% of millennials (ages 18-36) and 64% of Generation Xers (ages 37-52) do not even have a simple will. And that includes folks with minor children! If you know of someone that fits this description, please have them call us right away. We can help them with a temporary solution to their genuine need and make sure the government doesn’t determine who would raise their children and receive their assets in case of their incapacity or death. It may be the best thing you do for them all year. Even better than a ticket to next year’s Pueblo Chile and Frijoles Festival!