What do I do with this flag? 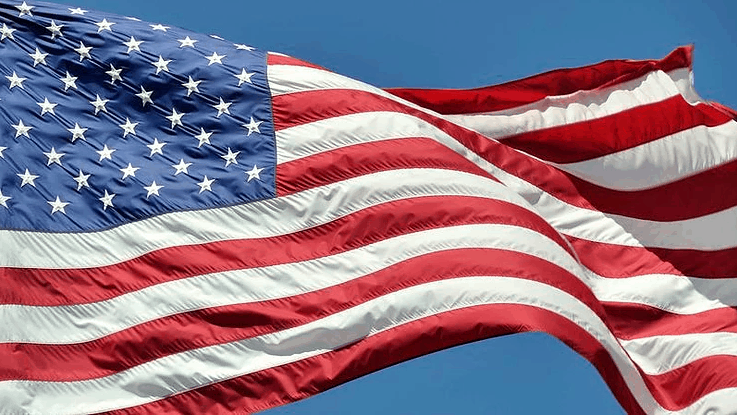 As I drove to the office this morning, in a snow storm, in April, I noticed that the American flag that proudly flies outside my office building was torn and the lower corner of the flag had become wedged between two sections of the flagpole. With every flap caused by the wind that was whipping the flag (did I mention that it was a snow storm in April with snow moving horizontally?) the tear worsened until the bottom stripe or two had completely separated from the rest of the flag. As I parked, I decided it was time for a new flag. Which brought up a dozen or so questions. The best answers I found were from a company that sells flags, lots of them, right here in Colorado Springs. Here’s what I discovered. When the term “the Flag” is used, the reference is to the flag of the United States of America, also called the “Stars and Stripes” or “Old Glory.”

How Long Should a Flag Last?

Like the answers to most legal questions, the answer is “it depends.” How long any flag will last depends on the weather, its location, airborne contamination and how often the flag is flown. The flag is a piece of cloth that works very, very hard. Throughout its lifetime it shakes, trembles, drapes, snaps, chafes, bakes, freezes, ripples, flutters, furls, twists, flaps, strains, flies, unfurls and hangs. A flag that flies continuously needs to be replaced two or three times a year.

Wind, water, sun and carelessness are the major enemies of a flag. No one can control the weather but there are important steps one can take to lengthen the life of a flag. Occasionally washing it in warm detergent water will prevent pollutants and dirt from weakening the fabric. Always let the flag dry thoroughly before storing it to prevent mildew or color transfer. At the first sign of fraying, have the flag repaired before further damage is done. Always keep the flagpole as clean as possible and move the pole if the flag does not have adequate room to fly unobstructed.

When to Display the Flag

The Flag should be displayed on all days when weather permits, especially on legal holidays or other special occasions. It is customary to display the Flag from sunrise to sunset on buildings or on stationary flagstaffs in the open. However, on special occasions it may be displayed at night, preferably lighted. In several places the Flag flies day and night; the Capitol in Washington, D.C., the Fort Henry National Monument in Baltimore, Maryland which was the inspiration for our national anthem, “The Star Spangled Banner,” written by Francis Scott Key. The Flag should be displayed on or near the main administration building of every public institution in or near polling places on election days, and in or near schools when they are in session. A private citizen may fly the Flag on any day he wishes. We fly the Flag every day and night at our office. At night, it is lighted.

How to Fly the Flag

The Flag should be raised and lowered by hand. Never raise the Flag while it is furled. First unfurl, then hoist quickly to the peak of the flagstaff. It should be lowered slowly and ceremoniously. The Flag should never be allowed to touch anything beneath it such as the ground or the floor.

At sea services by Navy chaplains, the church pennant may be flown above the Flag. No other flag may be flown above the United States Flag except at the United Nations Headquarters. The United Nations flag may be placed above flags of all member nations. In the UN enclave, national flags of all members are flown with equal prominence. When the flags of two or more nations are displayed together they should be flown from separate staffs of the same height, and the flags should be of approximately equal size. International usage forbids the display of the flag of one nation above that of another in time of peace.

How to Display the Flag

When carried in procession with another flag or flags, the Stars and Stripes should be at the right-front of the column, or when there is a line of other flags, in front of the center of that line. The Flag should never be carried flat or horizontally, but always aloft and floating free.

When displayed over the middle of the street, the Stars and Stripes should be suspended vertically with the union to the north on an east–west street and to the east on a north–south street. When the Flag is suspended over a sidewalk from a rope extending from house to pole at the edge of the sidewalk, the Flag should be hoisted out from the building toward the pole union first.

When used on a speaker’s platform the Flag may be displayed flat, above and behind the speaker. If flown from a staff it should be on the speaker’s right; all other flags on the platform should be on his left. When it is displayed on the pulpit or chancel in a church, the Flag should be flown from a staff placed on the clergyman’s right as he faces the congregation. All other flags on the pulpit or chancel should be on his left. However, when the Flag is displayed on the floor of a church or auditorium, on a level with the audience, it is placed to the right of the audience. When flags of states or cities, or pennants of societies, are flown on the same halyard with the Flag of the United States, the latter should always be at the peak. When flown from adjacent staffs, the Stars and Stripes should be raised first and lowered last.

When used to cover a casket, the Flag should be placed so that the union is at the head and over the left shoulder. The Flag should not be lowered into the grave or allowed to touch the ground. The casket should be carried foot-first from the hearse to the grave.

All persons present should face the Flag, stand at attention and salute on the following occasions:

When the National Anthem is played and the Flag is not displayed, all present should stand and face toward the music. Those in uniform should salute at the first note of the anthem, retaining this position until the last note. All others should stand at attention, men removing their hats. When the Flag is displayed, all present should face the Flag and salute.

How to Dispose of Worn Flags

Every precaution should be taken to prevent the Flag from becoming soiled. When a flag is in such a condition, through wear or damage, that is no longer a fitting emblem for display, it should be destroyed privately in a dignified manner.

The flag should NEVER:

As we used to say in law school, “who knew?” But now you know. And now I can properly change the flag at my office. Maybe I’ll just wait until June when it (hopefully) is done snowing. But then again, because it is no longer a fitting emblem for display, perhaps I’ll do it now. God Bless the USA!